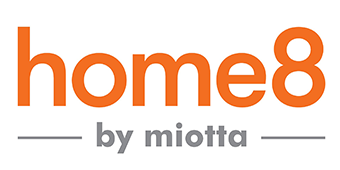 GEESE, MURDER HOLES AND CRICKET FLOORS: SECURITY THROUGH THE AGES

Security systems today have become pretty sophisticated and far more effective. IP cameras, motion sensors and wireless technology have made the modern security system of today an extremely efficient tool in the fight against residential crime. Some, such as MivaTek’s home8alarm system, have taken the concept a step further, with advances including video verification and collaborative monitoring that give the homeowner even greater protection and peace of mind.

It wasn’t always this way. Hundreds of years ago, well before electricity, people used crude but (for the time) relatively ingenious methods of protecting their family and property. A quick search turns up some unusual approaches to home security:

Cricket Floors. Ancient Japanese houses were built with purposefully squeaky floorboards, called ‘cricket floors’ or ‘Nightingale floors’ so that ninjas couldn’t silently sneak in. These floors were used in the hallways of some temples and palaces, the most famous example being Nijo Castle in Kyoto, Japan. Dry boards naturally creak under pressure but these floors were designed so that the flooring nails rubbed against a jacket or clamp, causing chirping noises. The squeaking floors were used as a security device, assuring that none could sneak through the corridors undetected.

Homes in the Hills. 1,500 years ago, the Iraqw people of Tanzania used to dig their homes into the sides of slopes so that if the neighboring Maasai raided during the night they’d be warned by footsteps overhead. Many of us have been annoyed by upstairs neighbors making too much noise but for the Iraqw people of Tanzania it was a great way to protect their home and family.

Murder Holes. Ceaseless raids made Medieval Europe into a constant home security build-off until kings were routinely surrounding themselves with moats, drawbridges, thick walls dotted with arrow slits and rows of pointy branches. One of the most innovative methods of protection was something called – quite ominously – ‘murder holes’. Strategically placed around the castle’s exterior, guards would pour boiling oil on intruders as they tried to scale the walls. Needless to say this was not only effective but particularly gruesome.

Neighborhood Watch. The Neighborhood Watch dates back to 1 July 1700 in Colonial Philadelphia with the passage of the Safe Streets bill. With no police department yet established, citizens took turns as the appointed watchmen to “go round ye town with a small bell in ye night time, to give notice of ye time of night and the weather, and [of] anie disorders or danger.

Stepwells. Stepwells (also called baolis) were developed in India during the 3rd century. A stepwell is a vertical column of water that can be accessed at numerous points underground and ensures the availability of water during periods of drought. Interestingly, they were also used as security devices and were often designed so that people near the water could see the elevated entrance to the well, as the well water basically served to reflect the stepwell’s entrance.

Animals. Dogs, of course, have been a staple in the home security arena, not only warding off potential intruders with their barking but even attacking them should they enter a home uninvited. Interestingly, geese are also used as guard animals in many parts of the world today. Unable to be bribed with treats and exceptionally loud, geese have keener eyesight and hearing than humans and will not miss potential strangers intruding. Geese came to the forefront of Roman life in 390 B.C when a flock of geese kept in Juno’s temple noticed a troop of Gauls sneaking up the hill to attack the city of Rome. The alarmed honks of the geese awoke the Roman guards who attacked the invaders and successfully defended their city.

We’re proud of the progress that the home security industry has made over the years in terms of technology, design, and the overall efficiency of today’s security systems. At the same time, we have to tip our hats to the previous generations whose efforts at protecting their homes and family were surprisingly innovative – and effective.